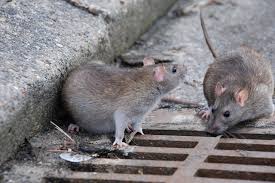 The “Default hearing” lasted just two days, actually about 6 hours in all…

My lawyer once said to me that in a ‘divorce’ case “everyone lies”……I replied “I don`t” !!

He was absolutely, unequivocally, 100 % correct !!

MEMBERS OF MY FAMILY AND I WERE THE ONLY ONES WHO DID NOT LIE…………..CHECK THE COURT RECORDS AND TRANSCRIPTS AND DEPOSITIONS !
If you doubt me ……

A few episodes back I told you to remember about the forensic report of my finances ordered by ‘D’s lawyer, but paid for out of my daughter`s ITF account. Now here`s the reason;

‘Judge’ # 8, at the beginning of the “proceedings”, asked ‘D’s lawyer to see a copy of the “Forensic Report”, he said he needed a starting point to see what my net worth was six, (6), years ago.

I was called as a “witness” against myself on the first day.

Let me explain how I was both setup by “D’s lawyer, and betrayed by “my” lawyer !

At a So Called “Default Hearing”, if your case is “dismissed”, as was mine, by “judge” # 5,
you are not allowed to testify, or present any evidence, or produce witnesses……

“My” lawyer had previously told me to appear in court, (later denied he said it), and specifically, told me that in the unlikely event I WAS called, he would immediately send me out of the court , pleading I was ‘sick’…….denied that too….

Well, I was called to testify “against” myself………..

Me, being the nit-wit that I am, knowing I had absolutely nothing to hide and never lied, got up and went to the witness chair.

I still believed that when the TRUTH was heard, the ‘judge’ would throw out ‘D’s case…….

Here is another absolute TRUTH………….TRUTH to divorce lawyers and ‘judges’, is like the CROSS is to DRACULA !

During my testimony, I was able to bring out the facts that ‘D’ got paid the money She asked for, her health insurance paid for, and any other requirements she had back in 2004 !

And the fact that ‘D’ sent my lawyer a letter in September 2004 that she was going to sign agreement.

I never heard another word from ‘D’ for almost eight, (8), years, until I re-filed for divorce in New Jersey, in September of 2011.

Didn`t matter to this ‘judge’, his mind was made up already, or maybe, someone made up his mind for him ???……..this was a very, very strange case !!